David: Hello Robert, nice to speak to you, they say you are the boss at Razer so let’s first talk about Razer as a company. Are you really THE boss? Do you have a nice looking secretary? Can we get a photo? And of course how many people work at Razer? Maybe how many are working on a development of some new products, marketing, design?

Robert: If your definition of a boss is someone who provides direction and goes to fancy dinners, then yes I’m a boss. Since I like to move quickly around the office (and the world) I prefer not to have a secretary, although I think these are more properly called administrative assistants in today’s business environment. If I were to have an administrative assistant she would look like the attached picture (my wife). Currently there are about 70 full time Razer employees with about 45 having direct involvement with product development and marketing.

David: And now some mice questions! Please tell our readers how long does it take to get for example a new mouse model off the drawing board and in hands of the costumers?

Robert: Complete development can take from 6 months to a year. Product specifics like advanced firmware development and complex drivers can add months to the product cycle.

David: How much does a feedback from consumers about some present mice influence development of the next one?

Robert: Customer feedback as well as outside innovation is encouraged on every product. We also have at any time a number of gaming interns working in our offices. These gamers come from all around the world and help us stay close to the end user’s wants and needs. We also conduct market research in the form of interviews and focus groups for each new product and validate those products at various times during the development process.

David: Who makes up all the cool names for your products?

Robert: The really cool names come from me … the others come from our marketing department : But to give you an idea of where we get our inspiration; we divide each product line under different kinds of predatory animal names. The gaming mice take on venomous snake names like DeathAdder, Copperhead and Boomslang. The Tarantula, our gaming keyboard was named after a venomous arachnid, while gaming headsets / audio equipment are named after predatory fish like the Mako and the Barracuda.

David: What is your favorite mice model of all time? Maybe what mouse you used before Razer ones and also does everyone in your company uses Razer mice?

Robert: People can use any mouse they wish in our offices, but it appears that most are using Razer mice. My personal favorite was the Diamondback Acid Green with the 2G infrared optical sensor, until I recently changed to the DeathAdder, which is our latest gaming mouse with the 3G Infrared sensor..IMO the DeathAdder is the best mouse ever made … by anyone. Before Razer I was forced to play with whatever OEM mouse came with my system … which was one of the reasons we pioneered the market for “real” gaming mice.

Robert: We test as many as we can make with real users … mostly players from sponsored teams, both amateur and professional. There are only so many test units available to us and we have to move fast to remain on schedule. As I mentioned there are also several validation points for every product along the development process which we adhere to. Having professional and amateur gamers test out products is one way we ensure the products we make are really products gamers need and want to improve their game.

David: You will be seriously entering the audio market with the new Razer Mako system 2+1, are you planning to introduce maybe also a 4+1 configuration sometimes later?

Robert: Let’s see how the 2+1 is received first. There are always great opportunities for follow up products, but the Mako is somewhat revolutionary in having to break the established paradigms of users believing that they require multiple speakers including a center speaker with a large number of satellites to get good sound. Asking the customer to change their belief systems can be done … we did that with mice in 1999 … but it requires that they make an effort to hear the Mako system in order to judge for themselves.

David: Right now you are strongly present in mice, keyboard and audio market what will be the next area you will try to conquer? Maybe some Razer case, graphic card or Razer branded display?

Robert: Yes, we will be expanding, however we have a lot of work first to add great follow up products to keyboards, audio products, mousing surfaces and yes, even mice. The question is really when and not if.

David: Were you satisfied with CeBIT 2007? (we saw a lot of Razer products in your hall)

Robert: CeBIT was really a show for the public this year and we were certainly satisfied with the turnout and the exposure to our new and existing products. In past years CeBIT had been more for the press, distributors and retailers. It was good to see more public days and gamer participation. IMO the show is far too long and seemed to never end. I would like to see it start mid week and end on Sunday, like most events.

David: And in the end how are you satisfied with the progress of Razer as a company and are you maybe planning to introduce gaming solutions for console market? (PS3, X360, Wii?)

Robert: In the past we have taken the position that PC gaming was the only real competitive environment. Times are changing and with online venues such as Xbox Live. The PC still offers a major advantage over the console when it comes to hardware. The mouse and keyboard outperforms the controller in every case … even with the Wii. Razer must first offer the innovation that leads to improved experiences and better scores, more frags, etc. Only then will we consider being a part of the console market. There are plenty of other brands today that offer me-too products or third-party controllers and Razer won’t be a part of that lot. 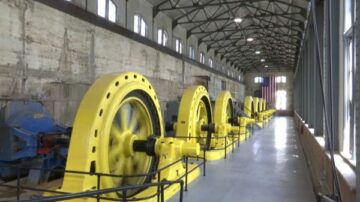 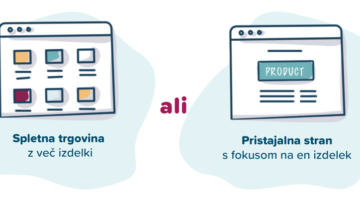 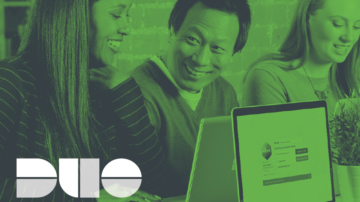